A federal appeals court has upheld a December 2008 ruling by U.S. District Court judge Jay Zainey ordering the state of Louisiana to list both names of adopted gay parents, Oren Adar and Mickey Ray Smith, on their son's birth certificate: 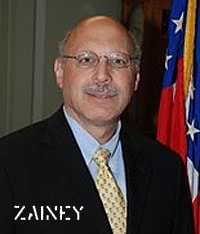 The San Diego couple adopted the boy, born prematurely in Shreveport in 2005, via a court in Kingston, N.Y. But when they sought an amended birth certificate from Louisiana, the Office of Public Health and Vital Records Registry said that state law forbade it, citing their status as unmarried men.

Caldwell advised the registrar that she did not have to honor an adoption from New York that would not have been granted had the couple lived in Louisiana.

Lambda Legal, a national civil rights organization based in Los Angeles, sued on behalf of the couple in October 2007, saying Louisiana Vital Records Registrar Darlene Smith violated the U.S. Constitution in denying them an accurate birth certificate, which threatened the boy's enrollment in a health care plan and treated him like a second-class citizen."