Good news from Maryland. The House Judiciary Committee has killed a bill that would have prohibited the state from recognizes same-sex marriages performed elsewhere, according to the Maryland Reporter: 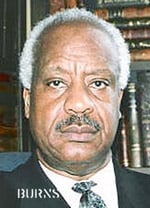 "The vote was 12-8 to reject the legislation sponsored by Del. Emmett Burns, a Democratic Baltimore County minister. All six Republicans on the committee voted for the bill, joined by Democrats Gerron Levi, of Prince George’s County, and Kevin Kelly, of Allegany County.

The vote was not a surprise to Judiciary Chairman Joseph Vallario, D-Prince George's, who did not vote, as is customary. Vallario said that 12 members of the committee had co-sponsored legislation last year to allow same-sex marriages in Maryland. 'If that bill’s got 12 sponsors, none of them are going to vote for this bill' to reject same-sex marriage, Vallario said.

Despite sponsorship from a majority of the 22-member committee, last year’s attempt to permit gay marriage never made it out of committee."

Attorney General Douglas Gansler is reviewing the legality of the state recognizing same-sex marriages performed out-of-state. It's not known when he'll rule.