The Daily Beast has four more clips from the interview. 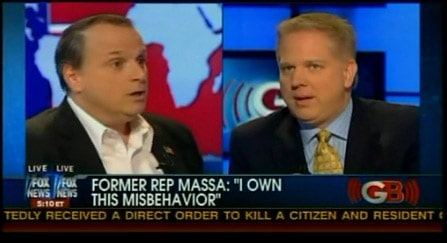 Added Massa: "It doesn't make any difference what my intentions were, it's how it's perceived by the individual who receives that action. I'm telling you I was wrong. I was wrong. My behavior was wrong. I should have never allowed myself to be as familiar with my staff as I was."