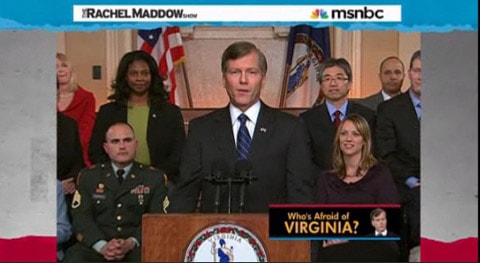 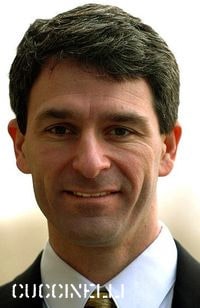 "The directive is a formal statement of McDonnell's position that hiring, promotion, compensation, treatment, discipline and termination of state employees can be based only on an individual's job qualifications, merit and performance.'We will not tolerate discrimination based on sexual orientation or any other basis that's outlawed under state or federal law or the Constitution, and if it is reported, then I will take action, from reprimand to termination, to make sure that does not occur,' McDonnell said. 'I believe this properly takes care of it and assures the good people of Virginia that we will absolutely not have discrimination in this state.' Describing his statement as a call for 'civility and fair treatment,' McDonnell said he was encouraging universities and independent state agencies to adopt policies or clarify their existing nondiscrimination statements to ensure they can enforce his directive."

McDonnell's directive appears to contradict an executive order he recently signed which explicitly removed language protecting gays and lesbians from discrimination from the state's anti-bias laws.

Rachel Maddow explains the an executive "directive", however, does not have the power of law behind it like and executive "order" does. It's merely a suggestion.