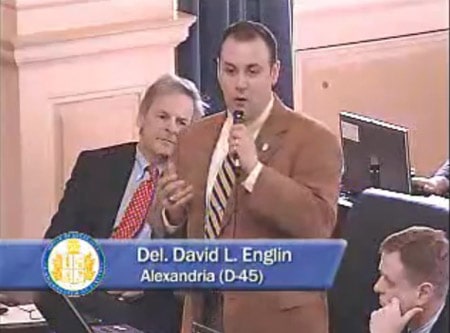 Yesterday I reported that Virginia Delegates Ken Plum and David Englin had spoken out on the House floor against Attorney General Ken Cuccinelli's recent advice to the state's public colleges and universities to rescind discrimination protections for gays.

Watch Englin's speech, AFTER THE JUMP… 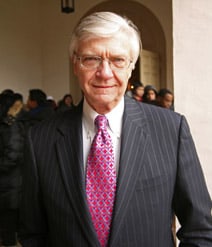 In related news, William & Mary President Taylor Reveley sent out a message to his college community saying their would be no discrimination on campus:

"For now, let’s be clear that William & Mary neither discriminates against people nor tolerates discrimination on our campus. Those of us at W&M insist that members of our campus community be people of integrity who have both the capacity to meet their responsibilities to the university and the willingness to engage others with civility and respect. We do not insist, however, that members of our community possess any other particular characteristics, whether denominated in race, religion, nationality, sex, gender, sexual orientation, gender identity or expression, or any other of the myriad personal characteristics that differentiate human beings. We certainly do not discriminate against people on such grounds, or tolerate discrimination against them. This is the way we live our lives together at William & Mary, because we believe this is the way we should live our lives together. This is not going to change."

Previous Post: « Watch: The Video That Got a 27-Year-Old Man Arrested for Homosexuality in Saudi Arabia
Next Post: Breaking: Some BS Happening Somewhere »