Rep. Barney Frank told Chris Geidner at MetroWeekly that he expects the Employment Non-Discrimination Act (ENDA) to be marked up in committee this week or next, to be followed by a vote shortly thereafter. 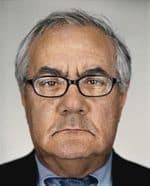 "Frank, speaking to Metro Weekly after his appearance at the Victory Fund's annual Champagne Brunch, said the Employment Non-Discrimination Act (ENDA) – currently in the House Education and Labor Committee – has been 'promised' a quick vote in the full House by Speaker Nancy Pelosi (D-Calif.) once the bill leaves committee.

Noting that he's been speaking to Education and Labor Committee Chairman George Miller (D-Calif.) 'constantly,' Frank said of the ENDA mark-up, 'It will be this week or next week.' As both he and Rep. Tammy Baldwin (D-Wisc.) have said previously, Frank reiterated that he expected a floor vote to follow the expected committee passage in short order. 'The speaker has promised that,' Frank said. 'We will get this done fairly quickly.'"