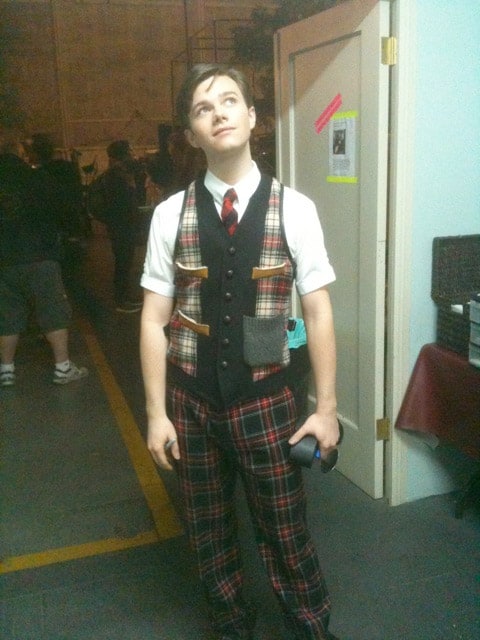 PW: One of the big plans for season two is introducing a boyfriend for Kurt, any idea if you'll have a say in casting?

Chris: I have no idea how it’s going to work out. I’ll play it by ear, I’m sure we’ll be reading with the new characters and since we’ll be a couple, I’m guessing I’ll be there to make sure there’s no awkwardness. But hopefully I have no input, because I’m very vain and the only input I really want to give is that I need to be the better looking half of the couple. I don’t want to be the weak link or have people think, “What’s he doing with Kurt?”

PW: Are you excited to portray the next step in an emerging gay's journey?

Chris: I really am and I get more and more excited every day. I know it’s going to bring up so much more great stuff with Kurt & Burt – I live for the father/son scenes. It’s so special. And I think there’s going to be a lot of good comedy stuff that’s going to come out of it as well, which is good because I feel like so much of what I’ve done has been dramatic. I want to stretch my comedy legs as well.

Much more Kurt interview at Popwrap.