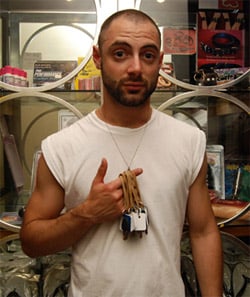 Because he's a homosexual man.

Annie Leibovitz financial troubles get deeper: "The investment firm that was tasked with managing the mismanaged fortune of Annie Leibovitz is suing the celebrity photographer, alleging she owes them a whopping $800,000 in unpaid bills for their services."

Did One Life To Live get too gay for daytime TV? 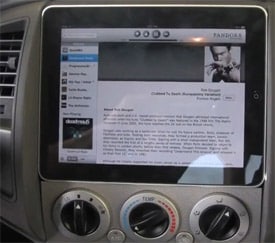 Census seeking better count of gay pairs: "For the first time, the bureau has deployed a team of professional field workers – about two dozen – to reach out to gays and lesbians. On Monday, the bureau released its first public-service videos encouraging gay Americans to mail their census forms."

Magazines are missing the point of the iPad: "Turns out the magazine powers that be concluded in their infinite wisdom that the iPad was actually just exactly the same as a real life newsstand…at least where pricing is concerned." 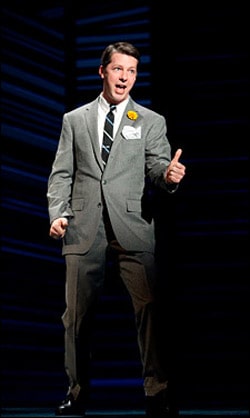 The two men met online and got together at Szadkowski's apartment to have sex. After they were done, Mercado got an assault rifle from his car and shot Szadkowski once in the face.

Before leaving, he took an Xbox computer game console and gave it to a friend."

Off-duty undercover NYPD: "This fag establishment should be closed."

A music video for Constance McMillen.

Catholic group calls for protest of Corpus Christi production at Gallaudet University: "Ritchie quotes Archbishop Daniel E. Pilarczyk as his moral authority in calling this protest: “Corpus Christi seems to go out of its way to present Jesus and His story in the crudest and ugliest of ways,” said Pilarczyk in 2003, “I believe that this play will offend the sensibilities of most people who reverence the Lord Jesus in any way.”
In a week when it has been revealed, top Vatican officials — including the future Pope Benedict XVI — did not defrock a priest who molested as many as 200 deaf boys and that they covered up the rape of even more deaf kids in Italy, I find it astounding that this clown would even think about showing his face at this school, since Gallaudet University is the nations premier institution of higher learning FOR THE DEAF."

Previous Post: « CNN’s Kyra Phillips: Is Homosexuality a Problem in Need of a Cure? – VIDEO
Next Post: Towleroad Guide to the Tube #629 »