Lance Bass, Green Day, Cat Cora, and Tonic.com are coming together with the American Humanist Association to throw a prom in Mississippi open to everyone but geared toward LGBT youth in response to Itawamba School District's refusal to throw a prom because Constance McMillen wanted to bring a lesbian date. 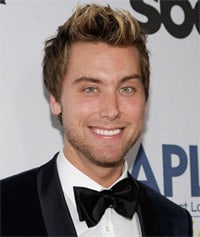 : "The Mississippi Safe Schools Coalition's second annual Second Chance Prom will be held on May 8, 2010 in Downtown Tupelo, Mississippi.

"We've very pleased to be able to support and promote LGBT equality alongside other sponsors," said Roy Speckhardt, executive director of the American Humanist Association. "We're proud to be standing on the side of love and acceptance instead of fear and prejudice, and we hope that the event will bring appreciation of the diversity within our society and encourage others to embrace it as a positive value that can continue to forge progress for all Americans."

The Second Chance Prom will feature dinner for guests, live entertainment, a ceremony to honor outstanding youth in Mississippi, booths highlighting organizations striving for LGBT equality and celebrity guests…Todd and Diana Stiefel made a $20,000 grant available to the AHA for the purpose of sponsoring this prom in Itawamba County. Humanists and other freethinkers have expressed a great interest in countering the discrimination of the Itawamba County school board."