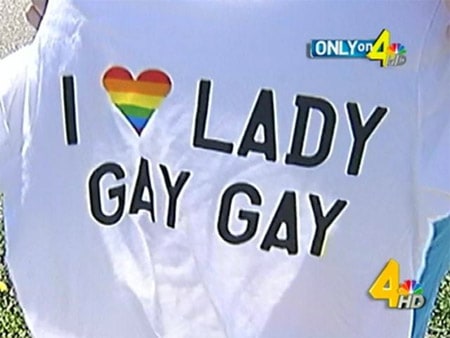 Another free speech battle has begun in White House, Tennessee, after Cole Goforth, a 15-year-old student at Greenbrier High School, was sent home for wearing a t-shirt that said "I 'heart' Lady Gay Gay" which, of course, refers to Lady Gaga. 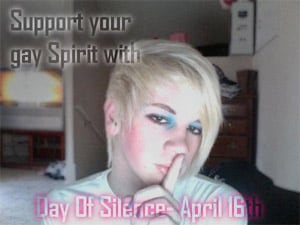 6 News reports: "Administrators told him to go home and change because the shirt 'was going to cause disruption in the school,' Goforth said.
His mother said the school is violating her son's free speech rights. Administrators have not sent home students who wear religious shirts and those bearing the rebel flag, she said.
Julie Gordon said her son has worn shirts that say 'gay' to school in the past with no problems and feels the conflict is less about the shirt and more about her son's look and orientation.
'I think they are singling him out, I really do, and they've made statements that if he wore this in California, he'd fit in just fine,' she said.
The Robertson County School Board dress code does not specifically ban shirts with the word 'gay.' But it does state that each principal can interpret the dress code and take action if a student's dress causes a disruption."

Said Goforth, who is openly gay: "I just think my sexuality isn't widely accepted around here, so of course they are going to single me out."