A UK judge today threw out the case of a sexual therapist who refused to serve gay couples because it went against his religious beliefs. 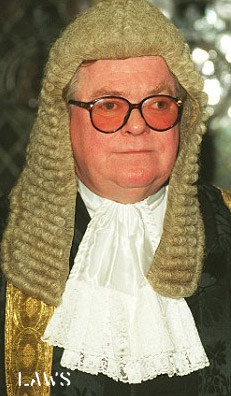 In his opinion against Gary McFarlane, Lord Justice Laws said:

"We do not live in a society where all the people share uniform religious beliefs. The precepts of any one religion – any belief system – cannot, by force of their religious origins, sound any louder in the general law than the precepts of any other. If they did, those out in the cold would be less than citizens, and our constitution would be on the way to a theocracy, which is of necessity autocratic. The law of a theocracy is dictated without option to the people, not made by their judges and governments. The individual conscience is free to accept such dictated law, but the State, if its people are to be free, has the burdensome duty of thinking for itself."

The former Archbishop of Canterbury Lord Carey, who was backing McFarlane, called for "a specially constituted panel of judges with a 'proven sensitivity and understanding of religious issues' to hear the case."

"In a free constitution such as ours there is an important distinction to be drawn between the law's protection of the right to hold and express a belief and the law's protection of that belief's substance or content. [He said the Judaeo-Christian tradition had exerted a 'profound influence' on the judgment of lawmakers.] 'But the conferment of any legal protection of preference upon a particular substantive moral position on the ground only that it is espoused by the adherents of a particular faith, however long its tradition, however long its culture, is deeply unprincipled."