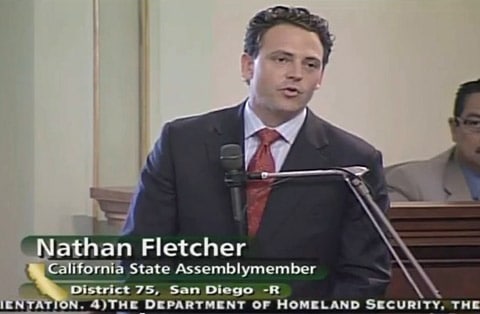 "The resolution, which the Senate approved last August, will return to the upper house for concurrence in minor amendments. SJR 9 was introduced by Sen. Christine Kehoe, an openly gay Democrat from San Diego."

Assemblyman Nathan Fletcher was one of two Republicans (the other was Anthony Adams) who voted in support of the resolution. He also delivered some excellent remarks.