And it apparently happened not too long ago. The Huffington Post reports: 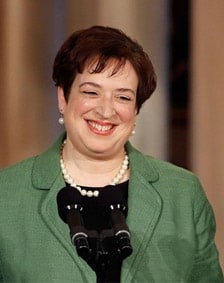 In (an article in the Washington Post), author Karen Tumulty reported that "administration officials asked Kagan directly about her sexual orientation when she was being vetted for her post as solicitor general." It was a slightly interesting revelation, for nothing else than that it demonstrated the topic was on the administration's radar early in 2009.

But a White House official emailed the Huffington Post to push back on Tumulty's claim. It was Kagan who relayed her sexuality, not the White House who asked for it. And the conversation happened recently, not back in 2009.

"Solicitor General Kagan volunteered the information to the White House when media reports surfaced in the pre-nomination process for the Supreme Court," said a White House aide.