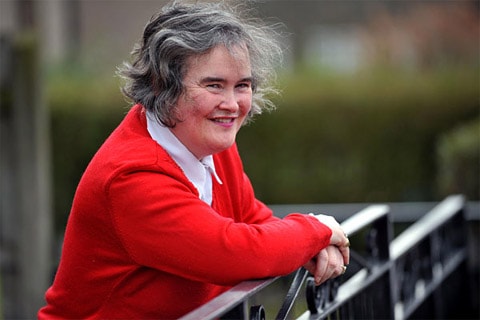 EW appears on what would certainly be a must-watch Glee cameo:

"Now, EW has learned a certain music (and YouTube) sensation may be appearing on the hit Fox series in a season two Christmas episode: Susan Boyle. The Britain’s Got Talent runner-up is conveniently on the same record label, Columbia, as the Glee cast. And who would Boyle play? 'I have two words for you: Lunch. Lady,' says Glee co-creator Ryan Murphy. 'I think Kurt would just die to give her a Christmas makeover. I don’t even know if she’s interested but it’s been pitched.'"

Previous Post: « $20 Million Bid Made to Acquire Perez Hilton Website
Next Post: Australian Footballer to Gay Players: Stay in the Closet, We’re not Ready to Accept You »