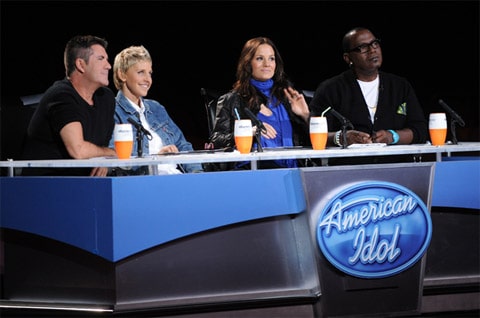 Gary McCullough, the director of Christian Newswire, says that Idol's rankings sank this year because they put a lesbian activist in the judge's chair: 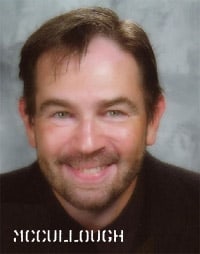 Network television has yet to learn what the movie industry has proven with Disney, Pixar, and the like; you cannot "pretend" to produce family oriented entertainment; you actually have to deliver the goods.

Here is my next prediction. There will be no left wing social activist as a judge for the tenth season of American Idol. Not only will DeGeneres be gone, she will not be replaced by anyone close to a Rosie O'Donnell wanna-be.

DeGeneres' "Yes, I have loved a woman," comment from the May 11th show, was the most obvious lesbian-one-liner, but it wasn't the only one, and it is hurting the show's ratings. I can hear the bloggers loading their homophobe-blasters, but think this through with me. If one of the judges was an abortion activist, or a political right winger — and continued to insert comments in line with their activism — the same criticism would be true, and the show would suffer. The advice, "Shut up and sing!" comes to mind.

At this moment in entertainment history, network television is on a pro-homosexuality bender. The producers of American Idol chose to be a part of this push; it was a huge mistake. The consequences of this choice were a drop in market share and a reduction in advertising dollars. While many entertainers who profess an alternate sexual lifestyle are individually accepted and enjoyed by the public — when sexual behavior becomes their identifying trait in a specific broadcast, it limits the audience they will draw.

Beyond that, it actually drives away a significant market share of parents and teens who used to watch the show together, until mom and dad decided that the subtle promotion of an "alternate lifestyle" to their kids was not worth the entertainment trade off. Sorry Ellen, you're just not worth it.

Wow. And all this time I thought it was because the music sucked.