As you can hear, Chicagoans were thrilled to see the Cup in their Gay Pride parade: 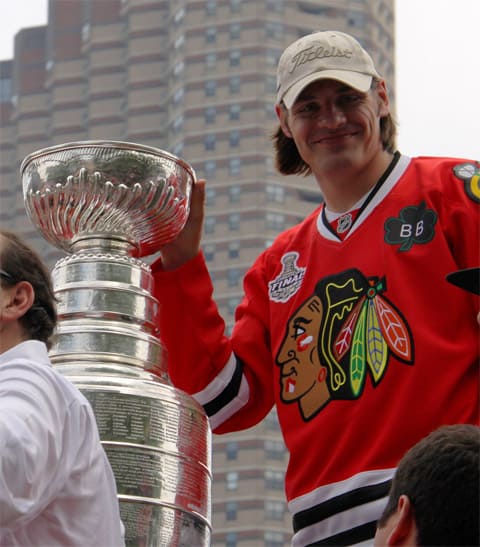 Watch videos of the Stanley Cup in the parade and a Feast of Fun interview with Sopel, AFTER THE JUMP… 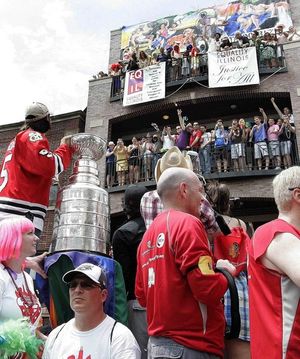 Sopel, who is married with four kids, rode in the parade in honor of Brendan Burke, who died earlier this year in a car accident after breaking barriers in the hockey world by discussing his sexuality in Sports Illustrated with his father, Maple Leafs General Manager Brian Burke.

Said Sopel: "When Brendan came out, Brian stood by him, and his whole family stood by him, like every family should. We teach our kids about accepting everybody. Tolerate everybody, to understand where everyone is coming from."

In a post-parade interview with Outsports, Sopel said: I had a great time, way better than I expected. It was more (fun) than I expected; it was a blast. Everyone was fun, everyone was dancing. But, at the end of the day, I hope it raised some awareness. I wasn’t here to advocate (anything), but if coming here helps break down walls in the meantime, so be it. I was here for Brendan. I hope he is smiling (from heaven). He was a very unique individual. For him to come out, and then die a few months later …when you’re a parent and you have to bury a kid, it’s just heartbreaking.”

Watch videos of the Stanley Cup in the parade and a Feast of Fun interview with Sopel, AFTER THE JUMP…