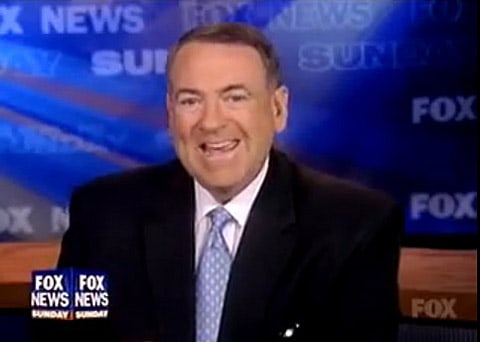 Mike Huckabee appeared on FOX News Sunday yesterday where he was asked about his use of the term "ick factor" in referencing gay marriage.

Said Sainz: Ick is being fired from a job, being the victim of a hate crime or being bullied at school simply because you are lesbian, gay, bisexual or transgender. And ick is certainly an appropriate way to describe Mr. Huckabee’s mind going to sex when all that we are asking for is our equality. Ick indeed.”

Huckabee repeated his defense that he wasn't the first to use the term.