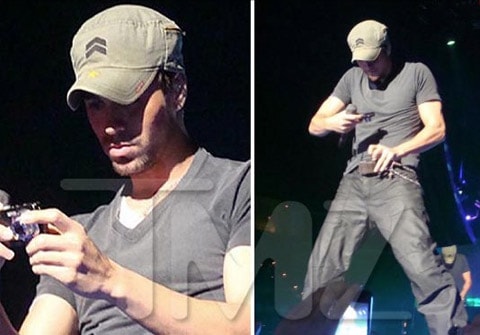 "Enrique Iglesias pointed a fan's camera down his pants and took a picture of his junk while performing in Vegas this weekend — but the craziest part … he gave the camera back to the fan!!!"

Iglesias performed his track "I Like It" on Regis & Kelly yesterday and discussed his plans to water ski naked in Miami Beach.

Previous Post: « This is the First Horton Plains Slender Loris Ever Photographed
Next Post: Neil Patrick Harris Freaks Out Over Double Rainbow »