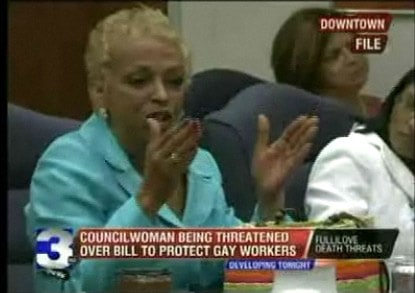 Memphis City Councilwoman Janis Fullilove has received four death threats specifically related to her sponsorship of an LGBT anti-discrimination ordinance the city is considering. Someone else threw a dead cat onto her lawn. 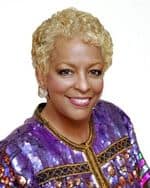 "Police think the threats are serious enough have increased patrols around her home to keep her safe. Each phone call mentioned her support for banning discrimination against gays in city government. Distraught, Fullilove reached out to Jonathan Cole with the Tennessee Equality Project.'She essentially said that they were threatening to kill her,' said Cole, who thinks the death threats are just another example of intolerance in Memphis. 'It's scary and our city needs to stand up to this kind of ugliness.'Police are keeping a close eye on Fullilove and her family. She's asked her telephone provider to track the calls. Meanwhile, Cole says the councilwoman's experience should highlight the need for the ordinance to protect gays and lesbians working for the city."

Fullilove says she will continue to push for passage of the anti-discrimination measure, which comes up for a vote on August 10.

You can send your support to Fullilove here.

Watch a news report about the threats, AFTER THE JUMP…