Scientists believe that dark matter has been building up in the sun over
the last 5 billion years. 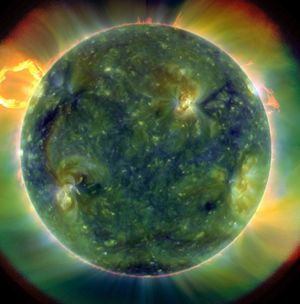 It was only a matter of time before it exploded over the Internet. Listen to audio of Mel Gibson's incredibly racist rant here. And, yes, it's just as bad as you think it is.

Posh Spice is just like us: "I am a gay man in woman's body so God supposes I should love singers like Lady GaGa."

I think it was the fake lesbian kiss that put the final nail in Miley Cyrus's career.

Kylie Minogue
on being diagnosed with cancer: "Oh yeah. It changes. I look back on it now and the terror is still very real. But going through that and then going straight back on the road as soon as I physically could do it, I look back on that and think 'were you nuts?'"

Gay bar in Slovenia met with Molotov cocktail and hateful graffiti such as "Death to faggots."

Lady Gaga will release an album of remixes next month.

The man behind the gas mask in a well-known Earth Day photo is revealed. 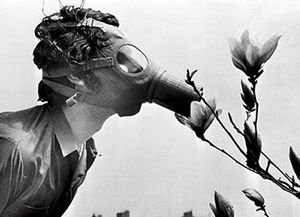 Gail Collins on Levi Johnston: "(He) told People that he hoped that the Palins would 'forgive my youthful indiscretion.' This does not really sound like something that would come from a high-school dropout who gave his son the middle name of Easton because that is his favorite hockey equipment company. Bristol responded to her ex-boyfriend’s statement with one of her own, saying that 'part of co-parenting is creating healthy and honest relationships between the parents.' Also not the kind of word choice you normally hear from a 19-year-old."

Glee will get an all
Britney episode.

Spain will win the World Cup. Or so says an octopus.