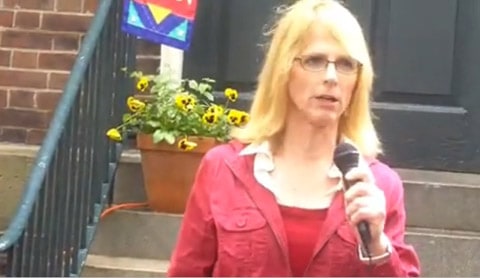 The Washington Post profiles Robyn Deane, the trans activist and former brother-in-law of Virginia Governor Bob McDonnell, who spoke out against the governor's anti-gay policies in April.

McDonnell would rather Robyn just went away.

The WaPo writes: "McDonnell, who has turned down invitations from Deane to meet and has not spoken publicly about her, declined to comment for this article. 'This is a personal matter,' said his spokesman, Tucker Martin. 'The governor wishes Robyn the very best.'Deane and McDonnell, who met when they were 22 and began dating sisters from a large Northern Virginia family, became close despite religious and philosophical differences as they raised their families, Deane said."

Deane's video, AFTER THE JUMP…