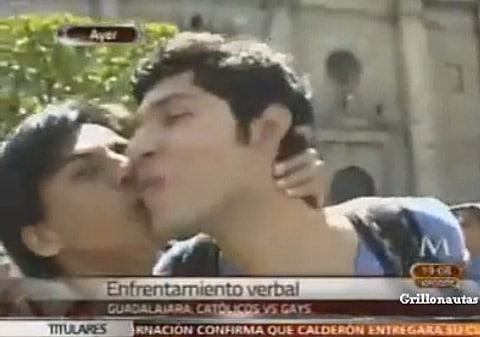 Demonstrations have erupted in Guadalajara, Mexico after recent remarks by the Bishop of Guadalajara, Cardinal Juan Sandoval Iniguez, who used slurs against the LGBT community while claiming that the Mexican Supreme Court was bribed for its decision legalizing marriage equality.

The remarks have spurred a defamation lawsuit by the mayor of Mexico City, Marcelo Ebrand, and now, at least two demonstrations by gay activists in a plaza adjacent to the city's cathedral.

The AP reports: "Some 200 gay rights activists waved rainbow flags and held signs reading "Thank God I'm gay" at a plaza next to the cathedral in Guadalajara on Sunday.A similar number of protesters opposed to gay marriage prayed at the cathedral's doors. One of them ripped up a sign held by a gay rights activist, prompting screaming by both sides."

Watch a Mexican news report with shots of the protest, AFTER THE JUMP… 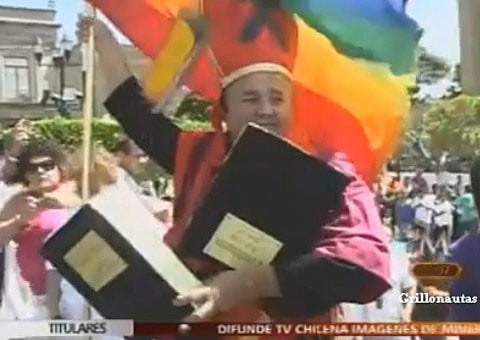