American Family Association's Bryan Fischer ripped Glenn Beck a new a-hole (so to speak) for his recent statements in support of same-sex marriage, accusing Beck of siding with "people who want to use the anus for sex." 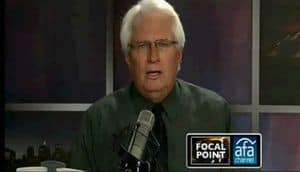 It’s not too late to issue a mea culpa and come back into the light and be a vigorous advocate once again for the truth about marriage and the family. You have done a noble thing in calling this country back to God through your “Divine Destiny” evening at the Kennedy Center and your “Restoring Honor” event at the Lincoln Memorial.

You have done a noble thing on your radio and television programs by repeatedly calling us back to our founding history and to our foundational values as a country.

But Glenn, our “Divine Destiny” as a nation does not include societal approval for people who want to use the anus for sex. The “Laws of Nature and Nature’s God” don’t endorse such behavior. And neither should you.

Butt sex appears to be the only bullet these wingnuts still believe they have in their arsenal. And they intend to use it (and think about it) a lot.