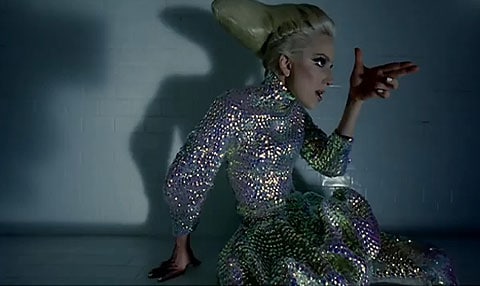 Lady Gaga released a statement after it was announced today that she had earned a record 13 MTV VMA nominations:

"I'm so honored for all the little monsters and self-professed freaks of the universe, to have more VMA nominations in a single year than any artist in MTV history. Ironically, I'm even more proud it's an unlucky number; 13.  A long time ago the world told me and my little monsters we would never be heard, together we changed the rules. God put me on Earth for 3 reasons: To make loud music, gay videos, and cause a damn raucous. Thank You MTV!"