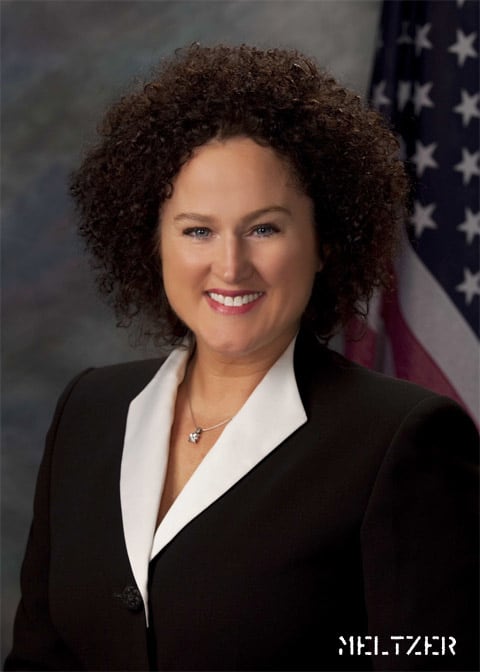 A race for the state Senate in Michigan has turned homophobic and ugly with the release by candidate Kim Meltzer of a flyer against her opponent Leon Drolet that's being called "the pinnacle of nastiness" and "the worst in gutter politics" according to local station WDIV. 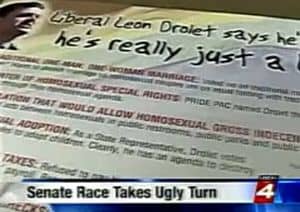 "The mailing shows Macomb Township Republican Leon Drolet’s face superimposed over a rainbow flag, with two male figures holding hands.The accusations are designed to make Drolet, the chairman of the Michigan Taxpayers Alliance, out to be the ultimate liberal in a conservative primary in Macomb’s Northern District.'It’s all appalling, but the fact that she claims I want to legalize public sex in restrooms, and introduce legislation to do that, is a flat-out bold-faced lie. Completely unsupportable and disgusting,' Drolet said.Drolet’s competition for the republican nomination, Kim Meltzer, is the author of the mailing.Meltzer did not return calls to Local 4 for comment.Meltzer’s claims cannot be backed up by votes when Drolet was a county commissioner and state representative.What he voted for when he was a State Rep. in 2003 was a bill the repealed unconstitutional laws that include banning swearing and gay sex.Drolet was one of many lawmakers who supported overturning the arcane laws."

Watch WDIV's report, AFTER THE JUMP…