In what sounds similar to what happened during the kick-off to pride in San Francisco in June, one teen is dead after a gang battle at a pride parade in Brazil. Reports The AP: 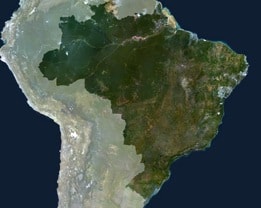 "Authorities say a teenager has been shot to death in a fight between rival gangs at a gay parade in southeastern Brazil. Police say the teenager was shot when the gangs got into a confrontation late Saturday as they headed to the parade attended by nearly 70,000 people in Juiz de Fora."

"Authorities told local news media another teen was shot in the leg, but the injury was not life threatening. Globo's G1 website said police detained 17 youngsters, including a man suspected of firing the shots that killed the teenager. Their ages were not immediately released. Calls to the police in Minas Gerais state were not immediately answered."

According to Rod 2.0, police have a suspect in custody.