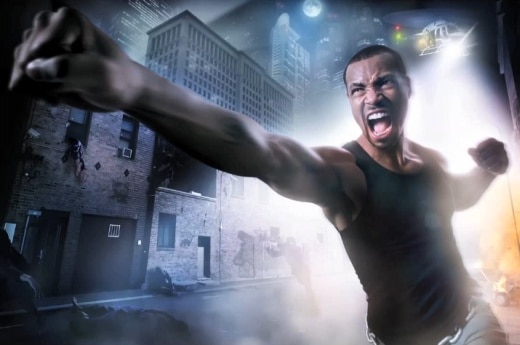 You know Isaiah Mustafa as the Old Spice Guy. But he wants you to know him as Marvel Comics strongman Luke Cage. Mustafa has made no secret of his desire to portray the superhero on the big screen. He's gone so far as to create a Facebook page devoted to a campaign that serves to get Hollywood's attention as well as have a professional photo taken of him in action as Cage. That's the pic above. He's got me sold.

See Mustafa transform into his dream role, AFTER THE JUMP.