In a Politico editorial, former special assistant and senior advisor to President Clinton, Richard Socarides, discusses the opportunity that Obama has been given to shift his position on marriage equality: 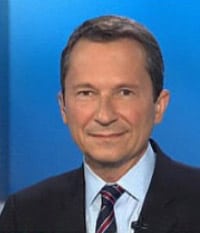 Support for equal benefits, but not for equal status — a gay "separate but equal" rule — is contrary to what Obama stands for, both as a person and as a symbol of expanding freedoms and opportunities. Continuing on this course will lose him and his fellow Democrats the support and enthusiasm of a large block of his base voters.

But can President Obama, who once supported gay marriage, only to oppose it now, change his position again? The answer is yes — and he in fact has no choice.

People understand that most public officials who now support gay marriage once opposed it. It wasn’t until after they left office that Bill Clinton and Al Gore (and, most recently, Laura Bush) said that they favored marriage equality. As Nate Silver recently wrote on his blog FiveThirtyEight.com: “Does anyone really believe, in a country that is becoming close to evenly divided on gay marriage, that Hillary Clinton, Barack Obama and John Kerry are among the half who oppose it? “

The sooner Obama changes his answer on this most important equal-rights issue of the day, the better off he will be. The Perry ruling provides the right opportunity to shift his emphasis and provide real leadership, reminding people that in this country, we look to the courts for direction on what our Constitution requires.