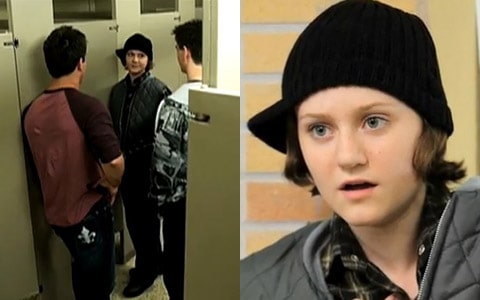 Canadian site Xtra went to the set of Degrassi to interview the show's writers about its first trans character, Adam, and also talked to Jordan Todosey, the actress that plays him.

Xtra's interview also features a look at the first scenes involving Adam, one of which is a bullying assault in the school bathroom.

Degrassi airs at 9pm Thursdays on MuchMusic in Canada. According to Xtra, "Adam's storyline comes to a head in the episodes airing August 11 and 12. Catch the episodes online at muchmusic.com/tv/degrassi."

Watch the interview and clips, AFTER THE JUMP…