And to refresh your memory, here's Maggie's appearance on CNN immediately after the ruling: 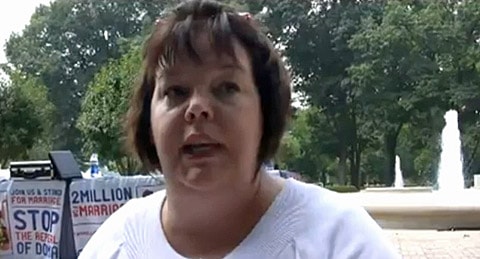 NOM Tour Tracker's Arisha Michelle Hatch caught up with Maggie Gallagher in Charleston, WV, where she popped in to make an appearance at the National Organization for Marriage's hate-a-palooza rally, and had a long conversation about Judge Walker.

Apparently there were only 18 NOM supporters at the Charleston rally.