A bill allowing same-sex couples to adopt in New South Wales passed following the addition of an amendment giving religous agencies the right to refuse adoption to same-sex couples. 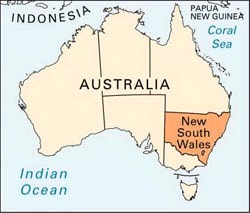 "The bill, introduced by independent Sydney MP Clover Moore, allows same-sex couples to adopt a child together. Gay couples can already adopt in the ACT and Western Australia. Voting on the issue in NSW was always going to be close and the result was initially unclear as a similar number of MPs filled each side of the parliamentary floor. At the last minute, the doors were unlocked for the dissenting MP and leader of the Nationals Andrew Stoner, who was late because of a problem with the lift. Reintroducing the bill on Wednesday, Ms Moore included an amendment that gives church adoption agencies the right to refuse services to same-sex couples without breaching anti-discrimination laws. She did this 'against her strong belief' in the hope it would encourage MPs to support the bill."