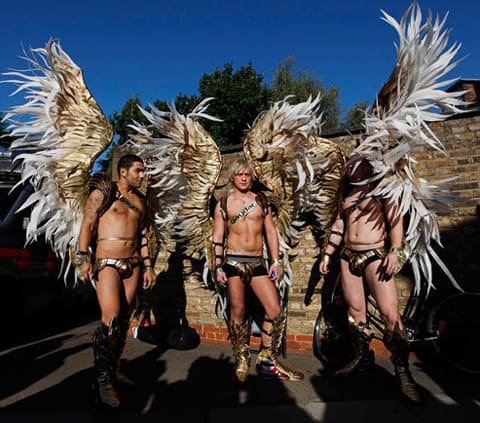 Yesterday, the Pope paid a visit to St. Mary's University in Twickenham, UK, which happens to be the town where social networking site Gaydar is headquartered.

"Martin Beckford has filed this colour from Twickenham: 'A stream of guests arriving at St Mary's University College to see the Pope were surprised to find three half-naked homsexual men donning gold wings before launching their protest. The trio, who called themselves Gaydar's Warrior Angels, said they wanted the Church to be more accepting of homosexuality. On the narrow road outside the college stood about 20 protestors, most individuals rather than representing groups.'" 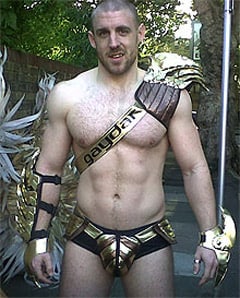 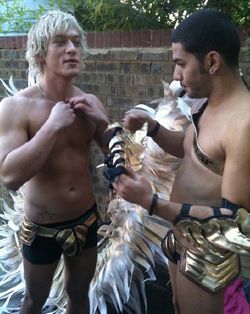 The police come for an inspection: 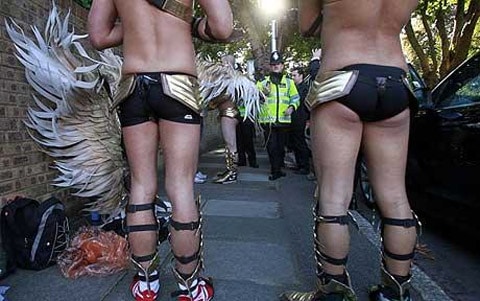