The Iowa Independent looks at a report detailing donations in 2009 by Catholic group Knights of Columbus: 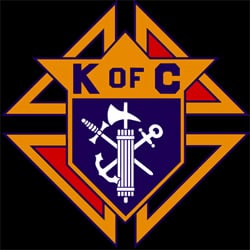 Add to that list a donation of a whopping $1.4 million in 2009 to the National Organization for Marriage (NOM), a nonprofit group dedicated to fighting same-sex marriage through the ballot initiative system in California, Maine and other states. In Iowa, the group has already spent $235,000 on an ad campaign aimed at convincing voters to oust three Iowa Supreme Court justices over their ruling that legalized same-sex marriage, and before that spent nearly $100,000 on a special legislative election in southeastern Iowa.

While NOM hasn’t yet made public its 2009 fundraising numbers, the amount of charitable contributions it received in 2008 totaled approximately $2.9 million.

The NOM donation eclipses what the Knights of Columbus’ Supreme Council spent on some of its own charitable programs — such as its new effort supporting food banks or its total spending on education initiatives — in the same year, much to the outrage of some observers, including Catholic groups.

“It was a fairly simple, straightforward decision,” says Patrick Korten, vice president for communications for the Knights. “We are pro-family, and believe strongly in the defense of marriage. NOM is the single most important group engaged in defending marriage.”

The paper adds: "…Catholic activists predict that such spending on conservative causes will provoke a backlash among the faithful. 'Do you think someone in New Mexico thought their donation was going to this effort in Maine, as opposed to aiding the sick and feeding the hungry?' asks George Burns, an attorney in Maine who fought NOM’s campaign to pass Amendment 1."