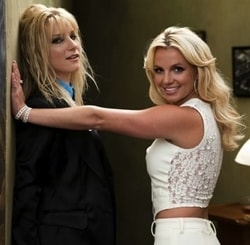 When he heard that 90210 would be turning one of its leading men lavender, Michael Steger hoped it would be his character, Navid. Lucky for him, he got to play gay on True Blood.

Remember yesterday's controversy over whether or not Sarah Palin was booed at Dancing With The Stars? ABC tried to clear it all up last night by showing footage previously destined for the dust bin. So, has this shocking new angle changed any minds?

Can Republican Congressional candidate John Dennis, who describes himself as "pro-liberty" and supports both a DADT and DOMA repeal, convince LGBT voters to turn their backs on his opponent, Nancy Pelosi? 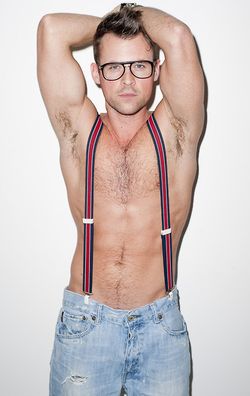 NAACP leader Ben Jealous talks with my friend Cord Jefferson about why his organization has upped its pro-equality efforts: "The person who stands in my position needs to be prepared to stand up for the civil rights of everybody… It's now my job to make sure there are no second-class citizens in this economy."

Any hope we had about Moscow's acting mayor supporting gay rights has been squashed. Vladimir Resin made clear yesterday that he does not want to see a pride parade in his city.

Tyler Wilson knew he would get some flack for joining his Ohio middle school's cheer leading squad. He never imagined bullies would use it as an excuse to break his arm. Rather than letting the bullies prevail, though, Wilson vows to return to the sport he loves. Take that, oppression!

Republican Sens. Jim DeMint and Tom Coburn have put a "hold" on the deal to sell land near the Smithsonian for a women's history museum. They claim they're concerned about the museum's finances, but the "hold" comes just days after anti-abortion group Concerned Women for America urged DeMint to put a stop to the project, which the group believes will "focus on abortion rights without featuring any of the many contributions of the pro-life movement in America." 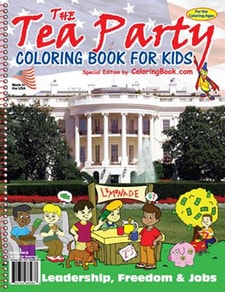 Gay actor Sir Ian McKellen was on hand to present activist Peter Tatchell with Britain's prestigious Blue Plaque, which commemorates a significant person and their location. In this case, that location is Tatchell's home.

Have some Tea Party tots running around? Why not give them the "Tea Party Coloring Book" to guarantee the earlier political indoctrination possible?

Two Rutgers University students, Dharun Ravi and Molly Wei, have been charged
with invasion of privacy after recording and broadcasting a gay
student's sexual tryst. Authorities recently found the student's car
near the George Washington Bridge and suspect he committed suicide over
the childish prank. (You're right, Luan, this isn't a "childish prank." That was a poor choice of words.)