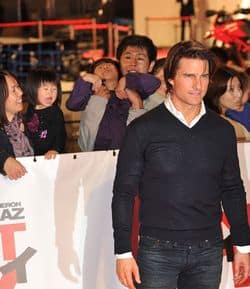 A Baltimore county judge sentenced 24-year old member of the Blood gang, Timothy Rawlings, to life in prison for ordering the murder of a fellow Blood, Steven Parrish, for being gay. "As far as the court is concerned, he should never breathe a breath of free air again," said the judge.

Japanese tots cry at sight of Tom Cruise. Think he gets that a lot?

Like Joe "Buck Up" Biden, President Obama has taken aim at Democratic voters' "apathy," which the Commander-in-Chief calls "irresponsible:" "The idea that we've got a lack of enthusiasm in the Democratic base, that people are sitting on their hands complaining, is just irresponsible."

The GOP has finally decided to address its gay "dilemma."

Will Amy Weston be the first trans woman in space?

New York Times columnist David Brooks uses lamentable language to express his lament over California's state of political affairs: "The political set is an embarrassment. As jobs disappear, legislators are fixated on transgender rights and deals for lobbyists. Legislators are polarized and gridlocked. The pension system is $300 billion in the red, and the state hops from one fiscal crisis to the next."

Police at the University of Texas-Austin are looking for a second suspect after a gun man opened fire and killed himself today at the school's campus.

Poor National Organization for Marriage: no one wants to come to their hateful party in California.

The investigation into homophobia among Palm Spring's police department has now extended to Police Chief David Dominguez, who allegedly used a gay epithet during a 2009 Warm Sands sex sting.

Gwyneth Paltrow will have "three or four" solos when she guest stars on Glee, says creator Ryan Murphy. Yes, but can she sing?

Mexican officials estimate that as many as 1,000 people could be missing after a devastating mudslide that destroyed at least 300 homes.

A federal appeals panel in Atlanta wants to review Serbian national Mladen Zeljko Todorovic's asylum case because he's not a "credible witness." Todorovic claims he was harassed and raped for being gay while in the Serbian army. 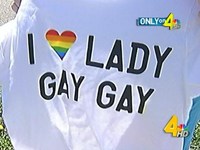 An Iowa teen has won the right to wear her equality-minded "I Heart Lady Gay Gay" shirt to school. Hoorah for self-expression, and inclusion!

Lucinda Naylor, the artist in residence at Basilica of St. Mary’s in Iowa, has been suspended for an art project involving making a sculpture out the Catholic Church's anti-gay marriage DVDs. The project, which Naylor plans on sending out ahead of November's election, will send a message of "creativity and hope," she said.

Lost's Maggie Grace has joined the cast of Twilight. From one hit franchise to another. Lucky girl.