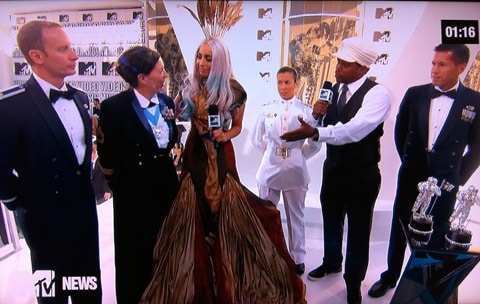 "Lady Gaga’s recognition of these fine patriots casts a spotlight on the unjust burden that ‘Don’t Ask, Don’t Tell’ imposes upon the brave men and women who defend our country every day, and further underscores why the Senate must swiftly act to get rid of this despicable law for good. With expected votes on the Senate floor later this month, advocates of open service still have time to contact both their senators and urge them to show support for all our veterans by voting to end DADT."

Upon accepting the award for Best Female Video for "Bad Romance", Gaga again drew attention to DADT, thanking the "discharged soldiers" (below) who came with her, adding, "And thank you to all the gays for remaking this video over and over again."

Watch clips, AFTER THE JUMP… 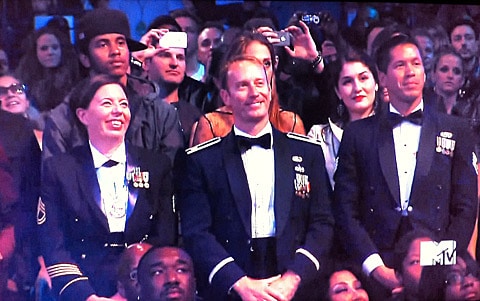