Now, Asher's parents hope to use his death as a lesson: "Our son is just the extreme case of what happens when (someone is) just relentless," insisted Mrs. Truong, before turning her attention to the bullies, "I hope you're happy with what you've done. I hope you got what you wanted and you're just real satisfied with yourself."

And I hope the accused are apprehended and, yes, brought to justice: the tide of bullying needs to stop, period, and perpetrators need to know that their words can indeed break bones, and lives.

On a related note, this Thursday, the National Education Association will hold a talk called "Addressing the School Environment and LGBT Safety through Policy and Legislation." Hopefully they'll come to some definitive conclusion on how to stem bullying, and perhaps Dan Savage can help, because this rubbish needs to stop – period. 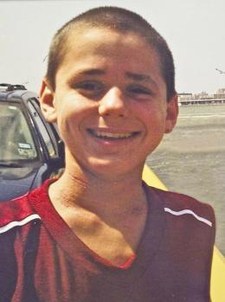 David and Amy Truong are looking for justice after their 13-year old son, Asher Brown, committed suicide last Thursday after being relentlessly bullied at his Houston-area school.

In addition to taking on his religion and fashion sense, Brown's peers took to – you guessed it – calling him "gay." Things became so bad that Asher shot himself to death.

The Truongs say they called the school to tell officials about the bullying. The school, for its part, insists no such calls every happened, but the distraught parents aren't giving up.

"I did not hallucinate phone calls to counselors and assistant principals. We have no reason to make this up. It's like they're calling us liars," said Mrs. Truong, while her husband insisted, "We want justice. The people here need to be held responsible and to be stopped. It did happen. There are witnesses everywhere."