"America does not need a post-moral military, but it may be what we deserve," said LaBarbera this weekend while discussing lesbian Maj. Margaret Witt, whom the Air Force has been ordered to reinstate.

"The irony," LaBarbera concluded, "is that if President Obama and his determined 'queer' allies succeed in turning our Armed Forces into a driving force for immorality, it will only hasten the deterioration of our culture to the point, ultimately, where weapons and soldiers cannot save us from oblivion. If America rejects God, her prospects are dim."

While my years on the LGBT beat have trained my brain to translate most of the right wing's queer codes, I'm still a bit stumped as to how weapons would help "save" a culture from the homosexual scourge.

Unless, of course, LaBarbera means to use the weapons on us. If that's the case, his theory puts gay rights on the same monstrous level as Godzilla. And that's the truth. 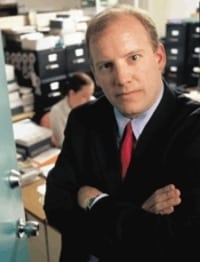 There's nothing more flamboyant and over-the-top than a right wing crusader. No, not even a drag queen.

With all their self-righteousness indignation, social conservatives provide us, the viewing public, with some real gems of what would otherwise be performance art. Take, for example, Peter LaBarbera, leader of the Americans for Truth.

He's just full of outrageous musings, like when he described San Francisco's Folsom Street Fair as "the most immoral and outrageous sexual behavior that ever disgraced the streets of any American city."

Few of LaBarbera's past hits, however, have been as entertaining as his theory about Don't Ask, Don't Tell's inevitable, yet slow-going, repeal.  According to LaBarbera, it's all part of a plot — and why wouldn't it be?