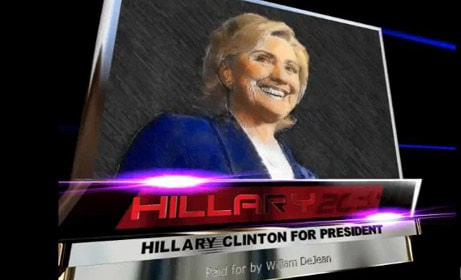 A Chicago dentist named William DeJean has spent $5,000 on ad touting Hillary clinton for President in 2012 and has aired the ad in New Orleans, with plans to air it in Washington D.C., New York, and Los Angeles, according to CNN.

Said DeJean: "I'm a dentist and I don't think this country is headed in the right direction…I think she is the most qualified."

In a brief interview with The Advocate, DeJean said gay rights did not figure into his consideration when creating the ad: "I think she would have done what she said she was going to do [on gay rights]. I don't think [Obama]'s necessarily followed through on his promises. I saw a sign at the Chicago gay pride parade that said, 'Change, my ass.' Bill Clinton recently came out gay marriage. I am certain that eventually Hillary Clinton would have come out for gay marriage."