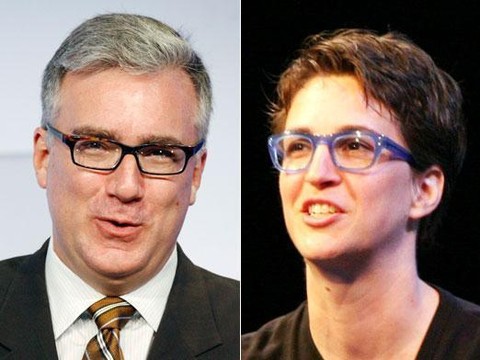 President Obama admitted to Rolling Stone that he believes Rupert Murdoch's Fox News has a "a point of view that I think is ultimately destructive for the long-term growth of a country."

The crew at Fox are not pleased, of course, and Sean Hannity opined, "Once again, we are seeing if you disagree with the president’s left-wing agenda, you do so at your own risk."

Burton's remark came after a reporter asked whether or not the President worries "that too many Americans don't appreciate or recognize these things that you guys have accomplished." Burton replied, "The president doesn't travel the country thinking about whether or not people are appreciating what he's doing." He then continued:

And if you're on the left, if you're somebody like Keith Olbermann or Rachel Maddow or one of the folks who helps to keep our government honest and pushes and prods to make sure that folks are true to progressive values, then he thinks that those folks provide an invaluable service. But at the same time, we need to focus our energy and our efforts on the choice that Americans have this fall.

The remark will only provide more fodder for critics like Hannity and those who claim MSNBC leans too far left, or that Rachel Maddow's a vampire.

See what I mean, AFTER THE JUMP…