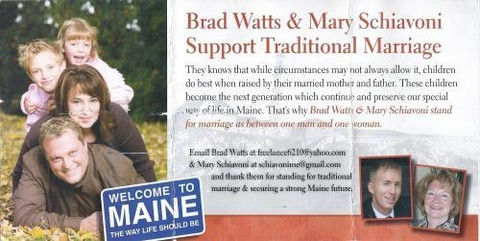 The National Organization for Marriage ramped up their electoral efforts in Maine by sending out fliers denouncing candidates who support same-sex nuptials. It's fairly reliable campaign tactic, yes, and it's not surprising NOM would initiate such an effort.

Unfortunately for the homophobic group, at least some their fliers, sent out across the state's various districts, contains a fairly glaring typo.

Now, I know that typos happen – they're part of life – but if NOM's going to spend thousands of dollars distributing anti-gay fliers, they should at least try to get the message correct, rather than just right wing. 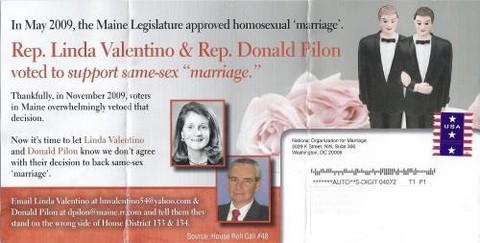