Corey Jackson, a 19-year-old student at Oakland University, in Rochester, Michigan, was found dead in a wooded area of campus on Tuesday, the Michigan Messenger reports: 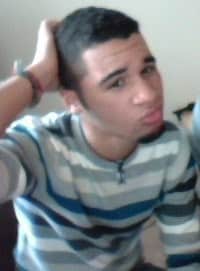 Police and the medical examiner’s office tell the Oakland Press the young gay man hung himself.

The suicide happened Tuesday night, as activists across the nation were preparing for a Facebook driven day of activism to counter a wave of suicides of young gay people across the country that have been tied to bullying. Wednesday was dubbed Spirit Day by the Facebook plans, and was designed to draw attention to the suicides by encouraging people to wear purple.

Police say there is no indication bullying was a factor in Jackson’s suicide.

And while bullying may not be a factor, Melissa Pope, director of the university’s Gender and Sexuality Center said the issue points to larger, hidden epidemic of suicides among LGBT youth: "We must look beyond the term 'bullying' to the overall treatment of the Lesbian, Gay, Bisexual and Transgender (LGBT) community to begin to grasp the long-standing epidemic of suicide among our LGBT youth.While the national press has picked up this issue over the last two months, we have been losing high numbers of LGBT youth to suicide for decades…"

Watch a report from MyFox Detroit, AFTER THE JUMP…