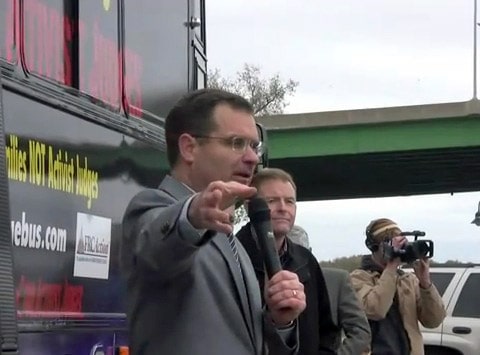 The evolution of Americans into God-fearing, illogical nitwits is a far greater threat than any threat to marriage, I think you'll agree after watching this clip of interviews of supporters of Iowa's campaign to oust pro-equality judges.

Featuring leading Iowa wingnut Bob Vander Plaats (the first person interviewed) and a host of others.

And yes, we are mocking you, idiots.

Previous Post: « Hung Jury in Murder Trial of Satanist Killer of Gay NYC Newsman
Next Post: Watch: ABC’s ‘What Would You Do?’ Sets Up Hidden Camera Anti-Gay Bullying Incident »