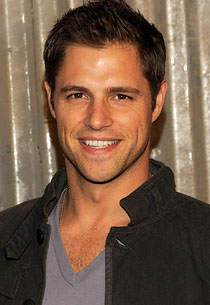 New York City police have arrested seven people for their alleged roles in two separate but related anti-gay attacks last week. The men, part of the "Latin King Goonies" gang reportedly robbed one victim and held three others against their will early Sunday morning. The details are horrifying: "[Police Commisioner Ray] Kelly says the crew forced [a] 17-year-old into an unoccupied ground-floor apartment on Osborne Place, where he was thrown into a wall, made to strip naked, hit in the head with a beer can, cut with a box cutter and sodomized with the wooden handle of a plunger."

Mad Men and Desperative Housewives actor Sam Page says it's hard not to have a crush on Blake Lively, with whom he'll appear on Gossip Girl. Page should be on every show ever, in my opinion. [On a related note: Mad Men and Desperate share a lot of actors: Page, John Slattery and Mark Moses. Any I'm missing?]

A love letter to Martha Plimpton.

Gay Republican presidential candidate Fred Karger's all over the place: in the Washington Blade and in U.S. News and World Report. Of his GOP candidacy, Karger remarks, "I'm probably the most radical gay activist we have, even though I wear blue suits."

Jon Hamm's pants perpetually leave little to the imagination. And you know what? That's more than okay.

Tea Party Congressional candidate Art Robinson of Oregon doesn't want to listen to what Rachel Maddow has to say, even though she's quoting his paper about global warming. 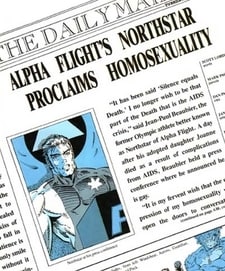 A note on the shortage of gay comic book characters: "Here’s the great gay paradox; homophobia is best tackled by greater gay visibility, and gay visibility is held back because of homophobia – most notably the pernicious claim that homosexuality does not belong in any medium that might be seen by children. This is grounded in a great misconception; that homosexuality is all about sex, while heterosexuality is all about love."

The ONE National Gay and Lesbian Archives, the nation's largest such collection, have been donated to USC. I bet they have plenty of information on the Ariston Baths.

National Security Adviser Gen. James L. Jones has stepped down, and will be replaced by Thomas E. Donilon.

Former Senator Rick Santorum, long an anti-gay crusader, has been stepping up his political action in Iowa, leading many to suspect he's plotting a 2012 presidential run.

Illinois Governor Pat Quinn thinks that he and his peers can win civil unions by the end of the year.

Ick. Walmart is currently selling an anti-gay children's book. "The number of our young people involved in sexual sins has greatly increased in recent years.  Some of the most stalwart-seeming youth find themselves involved in pornography, fornication, promiscuity, homosexuality, and the like," explained author Janice Barrett Graham of the book, entitled Chased by an Elephant, the Gospel Truth about Today’s Stampeding Sexuality. 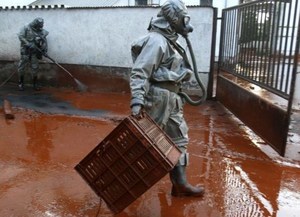 Religious leaders have come out against Serbia's gay pride parade, which will be held this weekend.

The NFL has launched an investigation into a report that football player Brett Favre sent pictures of his penis to a New York Jets staffer.

Gays in New Zealand defend a cruising area on Rabbit Island, calling it an "asset."

Has Hungary been concealing the truth about the toxicity of the waste that spilled this week? Greenpeace says "yes."

Actor Jamil Khoury will play a gay Arab on the Israeli version of The Office, and the response hasn't always been good: "People say shame on you, how can you do this? Just for acting it. It's not so common. I know there are a lot of Arab gays here but nobody knows about them; they stay closed."