NPR on its recent canning of Juan Williams: “He had several times in the past violated our news code of ethics with things that he had said on other people’s air.” 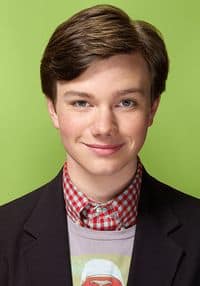 For whatever reason, Glee's Chris Colfer doesn't come across as narcissistic with this statement: "If somebody had to be a role model, I think I'm a good candidate, in the sense that I really don't do anything obviously stupid or wrong, and I'm pretty smart with my judgments."

The NY Times reports on why the creators of South Park plagiarized jokes on this week's episode: "When Mr. Parker and Mr. Stone could not find a movie theater showing 'Inception,' and were unable to get a DVD of the film (or find a watchable version on BitTorrent), they turned to other parodies of the film on the Web, and found the CollegeHumor video." Still sounds fishy to me.

A whole lotta green eggs and ham: The 19-page manuscript of a previously unpublished Dr. Seuss manuscript is sold at auction for a cool $34,000.

Prosecutors in Vancouver want a man accused of attacking a 62-year-old at a gay bar charged with a hate crime. The victim was left with permanent brain damage. 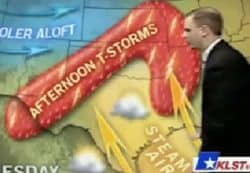 Weather forecast for some red states is a giant hovering red penis.

Calvin Kelin ads can't seem to stay away from controversy.

The video game Fable III is about to become very gay-friendly: "We don't require you to be of a certain type to get married," said Peter Molyneux, creative director at Microsoft Game Studios Europe. "You can be gay. You can be bisexual. You can get married as many times as you like. It's up to you. My fascination is with what that means to people. It means they can be who they are rather than who I require them to be."

The digital age has officially killed the Sony Walkman.

Shark attack that killed a 19-year-old in California was most likely involved a Great White.

Previous Post: « Watch: Nancy Pelosi’s ‘It Gets Better’ Video
Next Post: Anderson Cooper and Lady Gaga Kick Back A Few In London »