Republican Sean Bielat, who is battling Barney Frank for his seat in Congress, seems a little confused by either "Don't Ask, Don't Tell," homosexuality or both. Likely both. 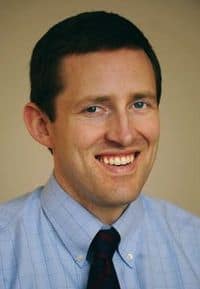 Here's what he recently had to say about DADT to the Boston Herald:

The Herald puts it best in their response: "Hmm. … On the other hand, vertically challenged people are not forced to pretend they’re tall, then drummed out once it’s discovered they’re short in spite of their service record."