The Union Leader publisher Joseph W. McQuaid can learn a few things from Spider-man and Jesus. 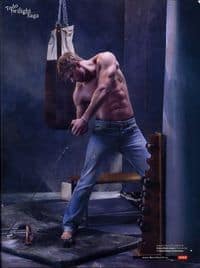 Kellan Lutz's abs just might be the real Situation.

Men attacked and called gay slurs at 7-11 in Denver. Police are reviewing surveillance footage of the crime.

One of the suspects in the death of a transgender Maplewood, NJ woman surrenders to police.

American Apparel has donated 500 "Legalize Gay" t-shirts to the University of Wisconsin for those students who want them, this after an attack last month on a female student who was wearing one.

Facebook reportedly shuts down group, 12,000-strong, calling for a kiss-in in front of the Pope in Barcelona on November 7.

One of the best lines from last night's SNL was when Emma Stone, as Lindsay Lohan, said about the possibly of going to jail: ”I’m way too busy to go to jail. I have a career. I’m just gonna tell them that. They’ll totally get it.” 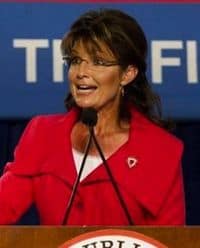 Republicans haven't been all that happy with the demands Sarah Palin has put on those she is supposed to be helping win office this election year.

While stumping for GOP candidates, Palin's also been promoting her upcoming TV show by telling crowds: "You're lucky, you're going to get to learn a little bit more about my state here in the coming weeks."

SyFy plans to produce a pilot for a Battlestar Galactica spin-off.

The New York Times has published an interview with the man who gives Sue Sylvester her voice, Ian Brennan. Jane Lynch herself says this about him: “Ian is this incredibly nice, incredibly sweet guy who just happens to have a really cruel, supremely mean sense of humor. I think it has something to do with growing up Irish Catholic.”

Rally held in the West Village to condem attacks on gay New Yorkers.

Gay voters are so angry at Democrats that they many intend to ditch the party on election day.