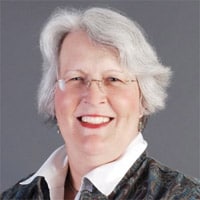 "Phyllis Randolph Frye, longtime legal advocate for the transgender community, was sworn in this morning as the state's first transgender judge. Frye was appointed by Houston Mayor Annise Parker as an Associate Municipal Judge. The city council unanimously approved her appointment, along with a couple dozen other appointments, with little fanfare and no dissent. The significance of the moment was not lost on Mayor Parker who fought back tears as she welcomed the appointees to the council dais. Council member Sue Lovell who, along with Parker and Frye, fought for years as a citizen to improve the lives of queer Houstonians, beamed as she spoke of how far the three of them have come. Several council members specifically thanked Frye for her willingness to serve."

Frye is a nationally-recognized legal expert on trans issues.