The Iowa Supreme Court approved marriage equality in a 7-0 vote in April 2009. 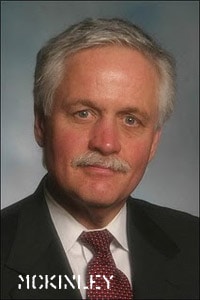 “That is an issue that the people overwhelmingly said, ‘We want to have a say in this. It should not be overreaching government or judges. I believe the (justices) would still be in office had Mike Gronstal allowed that vote over the past two years. It would not even have been an issue…You can lay that squarely at the feet of the Democrats. And I don’t know if they want to be responsible for a redo of this in two years on a (judicial) retention vote or not, but I would think that many of their members who have professed that they think people should have a vote will be given the opportunity to do the right thing."

Iowa Senate Democrat Majority Leader Gronstal recently vowed to block any attempts to bring a marriage amendment to a vote.

Democrats will retain a 26-24 edge in the Iowa Senate, while Republicans are taking the House. House Republican Leader Kraig Paulsen intends to bring a marriage amendment to the floor.

Still, the process to push any ballot measure through is tough, Radio Iowa adds: "A resolution must be passed by both the Iowa House and Senate in 2011 or 2012 and then again in 2013 or 2014 before an amendment could be placed on the General Election ballot."