Lady Gaga, Alicia Keys and other celebrities have put their tweeting on pause until they raise $1 million for the Keep a Child Alive charity before World AIDS Day. 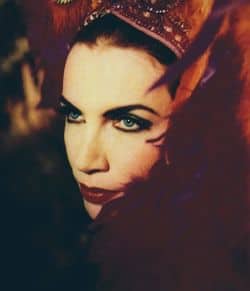 Annie Lennox on life actually being easier if she were gay: "It's not like I think being gay could be an alternative, 'cos it isn't. I sometimes wish it would have been 'cos it would have made life easier…I think that for 90, maybe even 95 per cent, of women, men are a huge disappointment in relationship terms."

The Kimpton hotel group tops gay and lesbian traveler list: "Of all the hotel brands, (Kimpton is) the most active in LGBT community," Paisley says. "They have a website, they sponsor tons of events and they advertise in gay and lesbian media."

Lesbian couple bravely come out publicly in Botswana where homosexuality is illegal.

Christopher Hitchens and Tony Blair debate religion. Says Hitchens: "Once you assume a creator and a plan, it makes us objects, in a cruel experiment, whereby we are created sick, and commanded to be well." 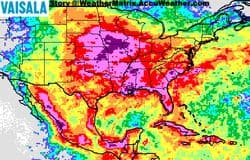 Winona Ryder on the "gay" controversy surrounding her upcoming movie The Dilemma: "It's just crazy because I'm very sensitive to that issue and if I thought something was offensive I wouldn't want to be part of it. Plus all my gay friends use that word all the time so [protesters will] have to go and give them a hard time too."

The latest Wikileaks documents are here.

Apparently some people have enough spare time that they can go about claiming ownership of the sun.

Previous Post: « Water Polo Team In Trouble For ‘Inappropriate’ Swimwear Design
Next Post: Openly Lesbian Australian MP Who Once Opposed Gay Marriage Now Comes Out In Support Of It »